I’m back stateside from my time in Europe, and I had a blast overseas. I had a some really hot matches, took in the sights, and partied a little (sometimes too hard). 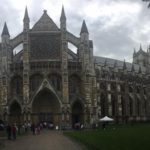 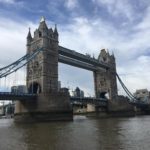 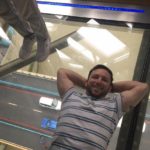 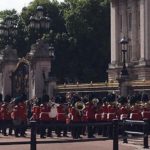 I kicked things off in London, I had such a blast here last year that I was eager to revisit it again. London seems unique to me because it’s such a diverse city. I’ve been to many, if not most of the major US cities and I don’t think any of them come close to London in terms of diversity. You can go out in one night and socialize with so many different people, all different backgrounds, and stories, it’s really really cool. There’s tons of history and sights to take in of course, the nightlife is killer, and the wrestling scene is strong. I think my favorite match in London was a head scissors challenge. I’ll give my opponent props, his legs were strong, but mine are nicknamed “the quads of death” for a reason. Meeting people for the first time can be awkward, but this match was a blast. We exchanged some witty banter as we changed into jockstraps and took a couple minutes to admire what the other was bringing to the table before tearing into each other. I though I was going to get KOed a couple times, but I’m just too resilient for the best that Britain had to offer. Ultimately he succumbed to the power of my legs. I think I was spoiled by this match, as it was my first. After this, I had a string of cancellations, but ended things on a positive note with a squash job. I don’t know if this guy takes the cake as the biggest jobber in the U.K. but he’s certainly close 🙂 I thought hotel security was going to come up and break things up a couple times, he was a screamer! 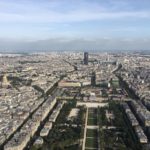 Paris was up next, I didn’t spend nearly as much time in the Louvre last year as I wanted to so I was looking forward to returning. Again this year, not nearly enough time. I’m convinced that you need a solid week or two to go through everything there, it’s massive. This year I went to the top of the tower, spent some time wandering around the city, saw a show at Moulin Rouge, checked out Sacre-Coeur, and drank too much wine. I primarily came back for the Louvre, so I didn’t plan to spend a lot of time in Paris, but I had a match scheduled that ended up being a no show. It is what it is, but it was a big part of why I allowed myself to come back to Paris, so it was frustrating. In a city this beautiful, it’s hard to be upset. I just wish the person would’ve reached out to me in advance, the hotel I book, the time I spend in each spot, etc. is all scheduled around the my “confirmed” matches. 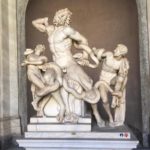 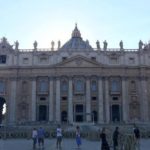 Rome was next, and it didn’t disappoint. Fresh off the cancellations in London and Paris I reached out to any potential matches to see if they were serious about meeting, if not, I was going to book tours and fill my schedule with all things Rome. Nothing really panned out, so I was happy to go into full on tourist mode. Rome has so much history, the colosseum was awesome. Trevi Fountain was neat to see (super crowded though), the Forum, the Pantheon, it was all super cool. St. Peter’s was jaw dropping, I don’t think I’ve ever been into a building more breath taking than that. Pictures don’t do it justice, it was really something to see. The Vatican museums were super interesting as well, seeing, and hearing the history behind the Sistine Chapel was pretty cool. I did a two hour gladiator training course on my final day. I think I would’ve been a natural, I was able to pick up on all the combat techniques naturally. I wasn’t a fan on the armor though, give me a speedo and some wrestling boots any day. I was glad to have the extra time in Rome to take as much in as I could, I’d like to revisit the city when it’s not over 100 degrees everyday. 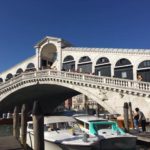 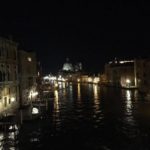 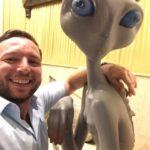 After having a blast in Rome, I took the train up to Venice to prepare for battle. A battle that never came. This person deserves a serious FU, not only did you cancel on my once, but had the nerve to reschedule and no show a second time. Venice was a blast though because I was able to catch up with Cameron Matthews for a night. I don’t think Venice will ever be the same again. I was struggling with the water bus transportation, the routes weren’t confusing, but the water was just so choppy when I was there. I can take a beating from a rugged heel, but I’ve learned I can’t stomach rough water. Some of those rides were brutal. Venice is a pretty unique place, I’d like to come back and do some guided tours that are outside of the main touristy area (St. Mark’s). The last picture in the gallery depicts a young child looking at a cruise ship calling it a monster, and monsters they are. One moment you’re looking out at the sights and admiring the beauty of Venice, next thing you know these monstrosities come chugging along totally eclipsing everything in their paths. That’s not an exaggeration, they tower over every building, it’s awful. I hope they’re able to pass some legislation that bans cruise ships from entering the main water ways, people would definitely be able to get off on one of the outside islands and take a water bus over to St. Marks without ruining the scenery. It’s a shame. 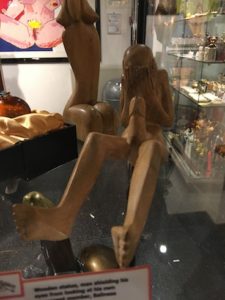 Last, but not least, I concluded my trip in Amsterdam! Amsterdam was bit of a shell shock for me. It was totally Americanized. English seemed like the primary language over Dutch, there were Dunkin Donuts on the street corners?! It was just so strange after being abroad and learning the basics in each country (hello, good bye, please, thank you, etc). I had a fun competitive match in Amsterdam to kick things off, I was happy to go visit the Erotic Museum that night, which is where my favorite sculpture (pictured above) is from. I don’t know why, but I think that the sculpture of the dude ashamed of his own giant dick his hysterical. Now, this is where things take a turn for the worse. Upon returning to my hotel room, I open the door to see my suitcase and it’s contents had been rummaged through. The things I could account for that were missing were my Nintendo Switch, a watch, and the envelope containing the money from the matches from this trip. I was furious, the hotel didn’t have cameras in the hallways, the times stolen weren’t big enough to be noticeable if somebody were walking in or out of the lobby with them, hotel policy is, unless it’s in the safe they’re not liable. My room didn’t have safe, but I didn’t realize you could call down to the desk and request for one to be brought up. I have no clue how the person got into my room, I was missing a key card, but what are the odds somebody knew what room it was too (unless I happened to drop it in the hallway where my room was), I think it’s more likely my room door didn’t shut behind me totally. I  don’t blame the hotel, I didn’t see any cameras in the hallways of many of the hotels I stayed in overseas. I’m not sure what I could’ve done differently, I’ve traveled before with all my cash on me and been mugged, so leaving it in a “hidden” spot in my hotel room as always seemed best. But, it happened, there’s nothing I could do to change it, and I was in Amsterdam, so it was time to go to a cafe, mellow out and enjoy the rest of the city. The next day, my last match cancelled, which seemed to be the icing on the cake for this trip.

As annoyed as I was with the cancellations and the theft, I reminded myself that I was lucky enough to go see parts of the world that I never would’ve imagined I’d see. Sure I’m stuck with a bill when I thought I’d make money on this trip, but the sights and memories I made are priceless. Next time I plan a trip, I’m going to plan it as a tourist, and if wrestling fits into my schedule that’s great, but I’m not going to go anywhere overseas with it being a “wrestling” trip again, people are too flakey. I’ll also be finding new ways to store my valuables when traveling, that was a real bummer. Especially considering it was my birthday weekend.

On a whole, it was an amazing trip, I had a blast despite the few negatives. I can’t wait to go back, I’d like to get to Spain, Germany, and Greece next year.

Club Firestorm members, I’m working on completing a full update as I type this, expect to see a brand new match, photos, a video clip and more free streaming videos in the next day or so.

Also, I’ve been dealing with more piracy than normal with my videos. Consider this everybody’s first and final warning. If I trace it back to your account, I will do my best to ban and block you from buying things again. I can appreciate liking the content and feeling the need to share it, but think about how that impacts what I do. I don’t show up at your work stealing things off the shelf or skipping out on my bill, so don’t be a dick.